Is Java Still Worth Learning in 2022? 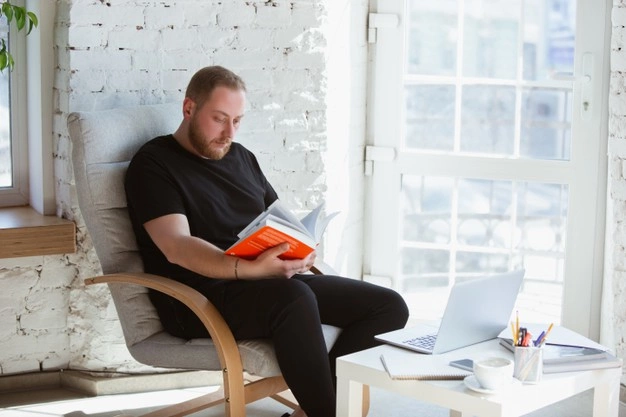 Java is one of the oldest languages and it’s widely used in large organizations. Yet, the occasional article claiming that its use is about to die out might make you wonder how relevant it’s going to be in the coming years.

As of 2021, the numbers say that Java is in the top five most used programming languages. Considering that there are currently close to 700 languages, being anywhere in the top positions is telling about the relevance. Moreover, if you had a chance to go through the 2021 developer productivity report, you would find that 69% still use Java 8 – not the most recent version and yet applicable.

But there are other factors that make Java still worth learning. So let’s go over the reasons why Java is still very relevant in 2022.

Java has been in the market for more than 26 years, and programmers are still rooting for it. Although there is no confusion about Java being a famous language, some beginners have concerns about its future. So, we are here to clear it out for you through the 8 most solid reasons to learn Java in 2022.

Java is the world's fifth most used programming language, according to the poll done by Stack Overflow in 2021 owing to its versatility, longevity, and dependability. Sun Microsystems created it as an easy-to-learn general-purpose programming language that can be used for everything from app development to web development.

And it is. Many companies use Java for a variety of projects, big and small, hence the high demand for specialists of different expertise levels.

Who doesn't like a stable and strong financial future? It was probably one of your reasons for considering a career in IT and Java is giving you a chance of having it.

According to Glassdoor, Java developers earn $93,118 on average per year in the US. Even in Junior positions. The survey clearly indicates that the ones looking for good salary packages have a great deal in learning Java.

3. Beginner-Supportive and Relatively Easy to Learn

Java tends to keep things easy by giving a programmer the chance to write code and run it anywhere. You want better memory management or pointers, you got it. And if you need a code that is easy to modify later, Java has got you covered for it as well.

Object-oriented programming also makes it simple to maintain and modify existing code, allowing even novice programmers to operate on a variety of projects.

While Java is known for being verbose and restrictive, these characteristics can actually help beginning programmers. New developers are less likely to encounter unforeseen runtime faults because Java is verified for errors before execution. Java also compels programmers to precisely specify all areas of their code, leaving less room for errors.

4. There Are a Lot of Useful Sources to Learn Java

If you do decide to learn Java, you need sources that can give you the depth of Java from the beginning and help you master it. And there are quite a few of them like Codegym, for example.

It's an online platform dedicated to learning Java. It gives access to a selection of classes categorized into difficulty levels – earn points and you’ll be able to get to higher levels. If you want to advance, you'll be motivated to learn Java quickly and effectively. Plus it has over 1200 practical tasks to make sure you consolidate the acquired knowledge.

But the choice of the source depends completely on your suitability, so go for the one that keeps you hooked till you master the language to the fullest.

5. It Is a Cross-Platform Programming Language with Very Small Limitations

Big data technologies, e-commerce websites, high-frequency trading systems, scientific applications, the Internet of Things, and APIs all make use of Java. It's the brains behind Gmail and even traveled to Mars as the language used to communicate with the Curiosity Rover.

There’s even a spoof video showing a post-apocalyptic world without Java. It's a little ridiculous, but it shows the depth of Java's global influence, so people can have an idea about its significance.

6. There Are Numerous Publicly Available Libraries at Hand

Another incentive to adopt Java is the availability of libraries that suit different purposes. Furthermore, numerous non-profit organizations and large corporations, such as Google and Apache, continue to make open-access libraries available. They have a considerate impact on the Java development process, making it faster, easier, and more efficient.

Java is the most widely used programming language for creating software and applications, in the information technology business. This is because they also create several software development tools to help in the process. Just a few examples are IntelliJ, Eclipse, Android Studio, and Netbeans.

Java is well-known for having a huge and active community that provides a wide range of learning courses, tutorials, books, and challenges. It has a significant impact on the life of everyone who joins it at some time — the community helps newbies and professionals alike to solve problems, allows knowledge sharing, and remains one of the essential sources of the most recent coding news.

There are hundreds of active Java forums and communities, but here is a handful of the most active, including:

The community is established to ensure that developers are well-connected and able to find the right solution. So, if you are interested, find the one that suits you well.

Hopefully, you have found your answer about Java’s relevance in the above arguments and will try your hand at learning the language. Yes, Java will remain in demand and be a popular language, and the last few decades are proof of it. So, be it this or next year, all the above facts show us that Java is worth learning. Get started, scale up your skills and learn the language to climb to the top in your programming career.

Nowadays freelancers need anything that can help them get their work done more efficiently. Here is a list of WP plugins for freelance developers.

Software outsourcing is helping businesses step up their digital transformations. This article presents the expected trends for 2019.

Many businesses worldwide are already using cloud computing instead of the traditional local servers.

Please note, this competition is dedicated only for Preferred Freelancers

Learn how trust score can help you get more work.